Examples of our client work 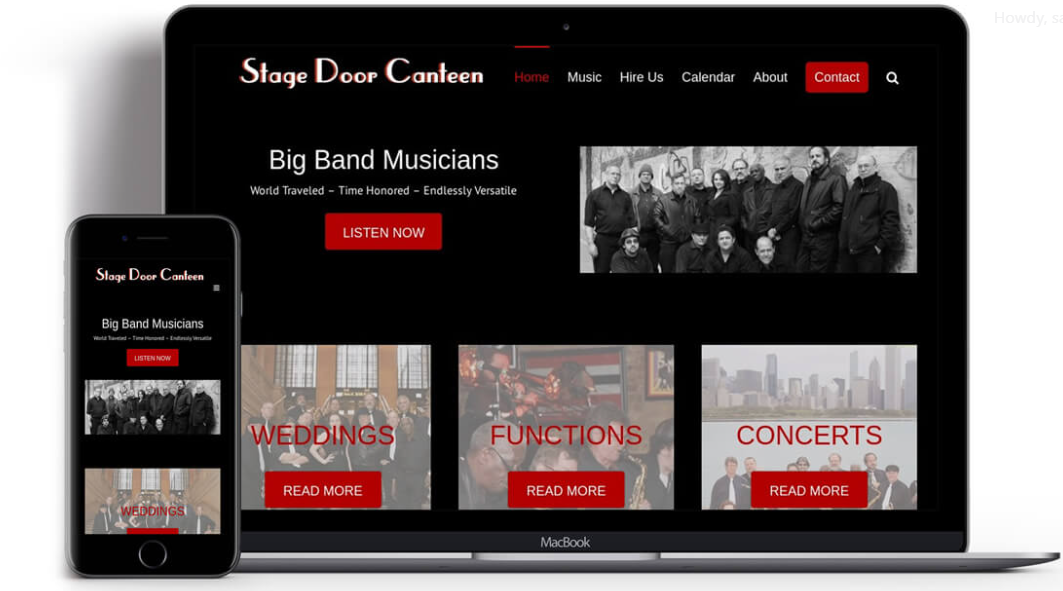 Long considered one of the top function bands in the region, Stage Door Canteen prides itself on versatility as both a pulse-pounding dance band and a top-notch concert ensemble. They have performed many hundreds of weddings and private parties spanning the entire human spectrum, and they are fully capable entertaining a crowd of music lovers from any stage.

A musical tour de force, Stage Door Canteen hits an audience with everything: from the unmistakable jump-swing of the early big band era, to the blistering arrangements of the latter day big bands, to horn-band standards by Chicago EW&F and Tower of Power, to the Latin sounds of Tito Puente and the Mambo Kings, to the fiery Celtic strains of pipes and whistles, to hip-shaking Motown, to unbelievable reinventions of radio hits by Van Morrison and the B52s.

We created Stage Door Canteen’s original website in 2012 and developed a custom database to upload videos, songs, and tour dates. In 2019 it was time to transition from an old database into a modern WordPress website.

We designed the website for people who are searching for local bands. The user can grab a quick sense of the Big Band music Stage Door Canteen performs and learn more about the band.
View Website

We've enjoyed working with Eric and his team for many years. He's very professional, honest, and easy to work with.

Are you ready to build something special?